Core77 is one of the most comprehensive (and coolest) design blogs in the world. I used to suggest it to my students as a research tool for following design/architecture trends. Today they posted an amazing write-up about the Columbus Idea Foundry. Currently considered “the largest makerspace in the world”, the CIF’s communal workspace also happens to be where I make most of my large-scale work.

The writeup also features photos of the space, fellow members doing all sorts of crazy cool stuff, and a video that includes my ToeHeads (0:38s) . This video, made by the talented Rob Turner, was originally filmed as part of a CIF open house promo. *Featured image on my blog header is a still from Turner’s video.* 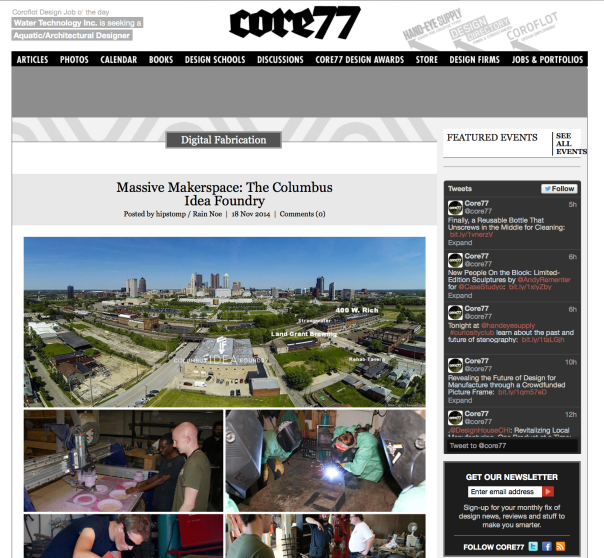